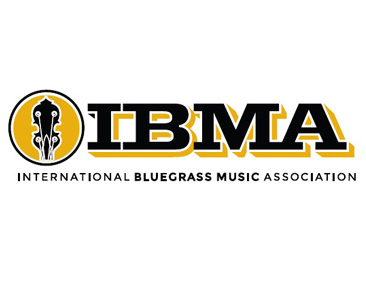 Several readers have asked us on Facebook, in comments to our recent articles,  and in direct communications, to try and explain what has led to the current turmoil within the Board of Directors of the International Bluegrass Music Association.

So here is, to the best of our understanding, how the various pieces fell into place. We trust that interested and involved parties will point out any errors or misconceptions they may find.

The first step could be said to have occurred when Craig Ferguson was elected as Vice Chair during the official Fall Board meeting in Raleigh. He had been representing the Event Producers constituency for the past five years.

Jon Weisberger, Board Chair, held a few discussions with Ferguson following his election and initially felt that the two would be able to work well together. Not long afterwards, however, Jon decided that this would in fact be impossible, and he informed members of the Board of the conflict, suggesting that they choose to accept his resignation if they wanted Craig to remain.

Before the Board had the opportunity to have a vote, Weisberger directed the Secretary to inform Ferguson that as he had missed two consecutive meetings in the prior year, his seat would be considered vacated, but that he had the option to appeal to the Board that the absences be changed from unexcused to excused. During the time in question, Ferguson was dealing with a devastating flood on the property he manages in Colorado, Planet Bluegrass Ranch, where he also resides.

UPDATE 11/23: Jon Weisberger contacted us with a clarification to the above paragraph…

“What I wrote in my post to the Board list was that I was directing our Board Secretary to notify Craig of his unexcused absences, after which he could, if he wished, follow the bylaws and request reclassification of the absences. I did not say his seat would be considered vacated, and as I said in my statement back on November 2, I didn’t consider it vacated. I didn’t refer to his seat at all, only to the notice of unexcused absences and the reclassification process outlined in the Bylaws.”

Ferguson’s response was to resign his seat and withdraw as a member of IBMA, though he has since reactivated his membership. It is unclear whether he actually resigned his seat officially or simply chose not to appeal the suspension based on missed meetings. In any event, his departure was immediately followed by that of Dwight Worden, a former Board member and long time IBMA member, who also withdraw his membership.

Intense discussion followed between current and former Directors, deeply involved members, sponsors, and prominent persons in the world of bluegrass. Battle lines were drawn, largely for or against Jon’s move. For his part, Weisberger admitted that he had erred, and offered apologies to all concerned.

Shortly after the Fall meeting, new Director David Smith, who represented the Broadcasters constituency, resigned his seat saying that his geographical distance from headquarters in Nashville and the rest of the Board members was his deciding factor. He had only been sworn in at the Fall meeting.

A special meeting was called for November 19 to take care of various bits of business, and deal with the question of the multiple offers to resign that Jon Weisberger had expressed unofficially. A contentious discussion took place, after which the Board voted 11-5 to retain him as Chair. Tim Surrett of Balsam Range was also elected as Vice Chair during this meeting.

It seems that the Board has chosen to recognize that now, with the need to choose a new Executive Director to manage the organization and its staff, is not the time for a major shakeup at the top. Losing Nancy Cardwell will be a major disruption in the institutional memory of the IBMA. She has been with them since they were based in Owensboro, KY and many of the current staff members have only a few year’s experience under their belt.

In the end, a personality conflict between two long serving IBMA hands has caused a major disruption, and the specifics of that conflict have not been shared. The Board has rallied around Jon Weisberger and are looking ahead.

An official statement from IBMA about these changes is currently in preparation, which should be released early next week. We will publish it upon issuance.

We also plan to speak with new Vice Chair Tim Surrett next week.

Members of the organization with additional questions should contact their Board reps.