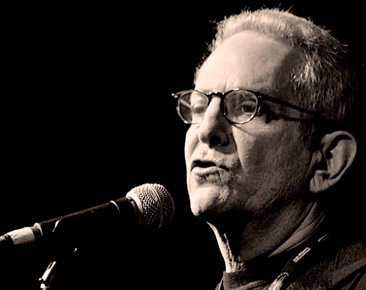 Louis J. Meyers, veteran music manager and co-founder of the mammoth South By SouthWest festival (SxSW), occurring now in Austin, TX, has died from an apparent heart attack. He was 61 years of age.

According to friends, he was feeling poorly this morning and asked to be taken to the hospital, where he died. No other details are currently available.

Meyers had become recently prominent in bluegrass music for his work with The Hillbenders, and their adaptation of The Who’s epic rock opera, Tommy, in a bluegrass style. He had been keeping the idea of such a project with him for years, looking for a band with the right combination of talents to pull it off. The Hillbenders’ recording of Tommy, billed as A Bluegrass Opry, so impressed him that he signed on to manage the band.

A musician at heart, and a life-long lover of the banjo, Louis was a native Texan and resident of Austin. He was part of a small group of Austinites who created SxSW in 1987 as an outlet for musicians from the American Southwest. The first event involved showcase performances by about 200 bands in a single hotel, and now occupies large parts of the city of Austin featuring music, film, and technology.

Several thousand artists will perform there this weekend, and there is even an address from The President of the United States on the schedule.

Louis stayed with SxSW in its early years, but moved on to other interests once the festival became well established. He launched a similar weekend event in Amsterdam in 2001, called A2A, but it fell victim to the post 9/11 mood and only lasted that first year.

When he returned to the US, he accepted the Executive Director’s position with Folk Alliance, which he kept the next 8 years before transitioning to their Special Projects Director. It was in that position that he helped develop the music camp that now precedes their annual conference.

His good friend Joan Kornblith, formerly with Voice of America and now serving on the Board of Directors for Folk Alliance, remembers Louis for his deep love of people, and music.

“It was all about the music for Louis, and he cared about the musicians first and foremost. He loved connecting people, too… he was a super-connector!”

Mark Rubin, another close friend and a co-founder of Austin’s Bad Livers, recalls Meyers’ special push for inclusion in all forms of folk music, recalling the lack of welcome the two of them sometimes experienced as young Jewish men in the south. Louis’ goal was the creation of communities based on the joy of playing music together, as opposed to ethnic or regional ties.

“It’s one of the things that we bonded over. It drove him to testify to the bluegrass community about inclusion and community, which at the end of the day is what Louis was most interested in.”

Jim Rea of The Hillbenders saw him as a giant.

“He left a very big hole in the music world. He gave us, like many, a lasting inspiration and will not be forgotten soon.”

In addition to the banjo, Meyers was a passionate player of guitar and pedal steel guitar, and a lover of all forms of roots-based American music.

No information about arrangements has been announced.