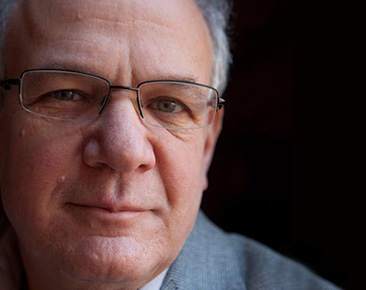 Though calls for Weisberger to step down are still heard, the Board has voted against accepting his offer to resign, and are moving forward with IBMA business that requires their attention.

Over this week we have been conducting a wide-ranging interview with Jon regarding all of these issues, and giving him the opportunity to respond to them in turn. We thank him for taking the time to share his thoughts for the benefit of our readers.

How is the search for a new Executive Director going? What will happen if you don’t find someone suitable by December 31?

Finding a new E.D. has been pretty much the top priority for us since our late September Board meeting, where the motion that Craig Ferguson put forward to replace Nancy Cardwell as E.D. asked the Executive Committee to put together a recruitment plan and a plan to manage a transition, and to bring those to the Board by November 1. That was mooted somewhat by the publication of the story concerning that motion that appeared in Bluegrass Today and the early release of Nancy’s resignation letter that it prompted (that’s not a complaint, just sayin’).

But the Committee (which by vote of the Board at that meeting included both Craig Ferguson and Elizabeth Wightman as well as Alan Bartram, Ben Surratt and myself) identified several promising candidates very early on – promising because they have both financial and managerial skills and experience and a lot of familiarity with and to the bluegrass industry. And because this combination is both very desirable and somewhat unusual – and because of our “need for speed” – most of the Executive Committee thought it was best to pursue the process with these candidates as quickly as possible, and to defer focusing on a wider (and therefore slower) search until we had an outcome.

The Executive Committee also decided very early on to constitute itself as the search committee, and as such, we – now myself, Tim Surrett of Balsam Range (Vice-Chair), Alan Bartram (Artists/Composers/Music Publishers) and Ben Surratt (Board member, Recording/Distribution/Marketing) – recently completed our interviews with those folks, and made a recommendation of next steps to the Board. We’re still optimistic that we’ll be able to go with one of these candidates; if the Board doesn’t agree, then we’ll have to go for that wider search, and we have some options to explore there.

Either way, the likelihood is that we’re going to need some kind of interim team—but we don’t yet know enough about what that need will look like to be able to have a concrete plan in place. It’s going to depend on what happens in the next couple of weeks.

How about sponsorship for the Awards Show broadcast next year on PBS. Is that something that IBMA has to secure before broadcast plans can be completed?

No. Our agreement with Heng Dai Media (producer of Bluegrass Underground and Music City Roots) specifies that the edited version of the show – final title is still to be set, but it will be something like “Best of the IBMA Awards Show” – will air early in 2015 as an episode of the Music City Roots series currently presented via APT to more than 70 public TV stations across the country. Due to some recent changes in PBS presenting policy, having separate underwriters for a single episode is off the table, so the airing will be presented by the MCR series’ underwriters.

Additionally, however, the show will be offered on a stand-alone basis after the end of the series, and underwriting opportunities specific to the single show are available for that airing. As readers probably know, Heng Dai’s been responsible for the webcast of our Awards Show for the past several years. In order to meet the higher needs of a full-fledged TV airing, they brought in additional equipment and personnel this year, with a resulting higher cost. IBMA covered that, but we need the underwriting dollars to offset those additional expenses. Regrettably, some potential underwriters have been among the casualties of the uproar in recent weeks, meaning that there are still a few opportunities available, but several new parties have stepped up to the plate, too, so we’re cautiously optimistic.

Former Board member Craig Havighurst from Heng Dai has been doing the editing, which is just about completed. Awards Show co-producer Amy Reitnouer, IBMA Executive Director Nancy Cardwell and I have all been following along, in part to make sure that the show reflects the intent of the guidelines for the live show created by the Board back in 2007. We’re confident that it’s a great representation of some of the highlights of the evening’s performances (along with some great moments in presentations and acceptances) that will fulfill an important part of the show’s mission – namely, to introduce some of the best in bluegrass to new audiences. As such, it represents an initial fulfillment of a goal that the IBMA has had for a very long time, and we’re very excited about it!

Is it safe to have an expectation that an awards show broadcast will be available going forward in 2015 and beyond, or is that all dependent on how this one does?

I think it’s dependent. For one thing, the show’s being presented as an episode in a series; if for some reason that series isn’t renewed, that arrangement wouldn’t be available to us. Not being tied to such a series doesn’t necessarily mean that we can’t find a path to airing, but it would require some additional work.

A one hour broadcast is certain to cut some things that some folks will consider crucial. Was it difficult to cut down to an hour? Is it mostly just the performances?

The show is focused on performances, definitely. Having been involved in editing the show down to 2 hours for radio broadcast, I know how difficult the decisions can be, and how important. That’s why it’s critical to have several sets of eyes looking at the edit before finalizing. As a former Board member as well as video professional, Craig Havighurst has a great understanding of what’s needed, and Executive Director Nancy Cardwell, Awards Show co-producer Amy Reitnouer and I have all looked at his edits in light of the IBMA’s awards show guidelines and mission.

The Board determined years ago that the show has a mission consisting of two related but distinct parts: “To produce a high quality, entertaining show that recognizes the rich traditions of bluegrass music and the accomplishments of the music’s outstanding practitioners with intentions to introduce the music to people who would normally not come in contact with bluegrass.”

For a national TV broadcast, it makes sense to focus on the “introduce the music to people who would normally not come in contact with bluegrass” part, and that’s what we’ve tried to do, while making sure that our traditions – and the accomplishments of our award recipients, especially – aren’t ignored or set aside. I think that we’ve done a good job of that, and I’m really looking forward to seeing the show aired early next year.

Though there is some grumbling still, it looks like the IBMA Board is solid and looking ahead now. What would you say is the lesson from all the Board squabbles of late? Do you see a benefit in any restructuring?

The Board, of course, will determine whether we need to make any changes in our structure.  We have a bylaws committee in place now, chaired by Regina Derzon (Associations), a Board member who has extensive non-profit experience; a majority of its members are from outside of the Board, and they have a broad range of backgrounds and experience. They’ll be looking at suggestions from members both on the Board and off, with the goal of presenting recommendations and options to the Board at its April meeting and perhaps thereafter.

Speaking personally, I would like to see the Board consider a few changes. I don’t know that the Board is too large to do its proper job, but nearly 1/5 of it is Board-appointed rather than member-elected; it might be better to reduce that number, and either reduce the Board’s size over-all, or else swap Board-appointed seats for elected ones. And I think that a serious look at the merits of having candidates for the Board grouped by member division – that is, artist nominees running against other artist nominees, broadcaster nominees against broadcaster nominees, etc. – but voted on by the entire membership is in order. That would ensure a good range of industry backgrounds and perspectives on the Board, yet also encourage candidates and Board members to think of how to represent and lead the entire organization rather than just a particular membership division. But again, that’s just my personal opinion. What’s more important is that we have a process in place for reviewing proposed changes and making some choices in fairly short order.

I also think that we need to update the bylaws to reflect our times; the Board is capable of meeting by teleconference on relatively short notice, holding elections by electronic ballot on the web, etc., but the bylaws currently make it hard to do these things. I don’t think these are very controversial, but I think they are changes we need to make to work more effectively.

These and other changes may be of some help in facilitating the Board’s work, but I don’t believe that the issues we’ve had to deal with in the last two months arise from structural problems. Some pretty elaborate restructuring plans have been put on the table by some former Board members, but they haven’t had much of a rationale – that is, I haven’t seen much that describes particular problems, shows how our current structure has created them and how the proposed restructuring would solve them.

What these proposals have in common is that they would take some or much or most of the Board’s work away from working industry professionals elected by other industry professionals, and turn it over instead to smaller groups of people from only a few parts of our industry, or from outside of our industry altogether. In my opinion, that wouldn’t solve the problems we’ve been having, it would aggravate them. What we need are closer connections to members, not more distance from them.

As far as lessons go, I think that’s actually the biggest one. The minority who left the Board are members who have many strengths, but strong connections to a broad range of members across the industry and the country (not to mention beyond) and a lot of cooperative experience in working with other industry professionals as team partners aren’t really among them. But those connections – really knowing our members – and having the attributes of a good team member, such as being able to state your case in open and honest debate and then accept and act on the results of a democratically made decision, are really fundamental to good IBMA leadership.